Locating in Guanliping, the southern suburb of Zhangjiajie, Tianmen Mountain National Forest Park is a natural scenic area rated as the national AAAAA level. It attracts more than four million visitors annually both at home and abroad. Out of the four seasons, which one has the most beautiful scenery and when is the best time to travel to Tianmen Mountain? Many people would like to have this question answered before they decide to go. Now let us give you the answer. 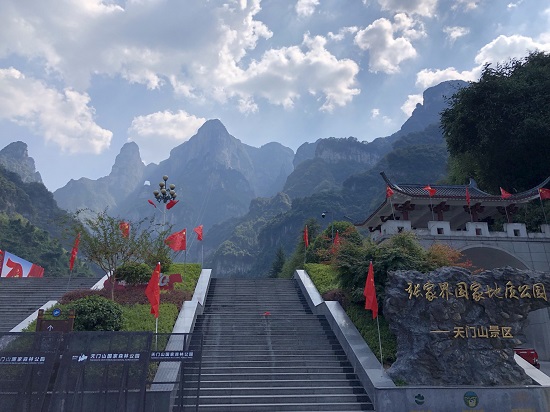 Tianmen Mountain, honored as the most beautiful garden in the air and a wonderland of heaven, is so picturesque that it's worth visiting on any day of the year. 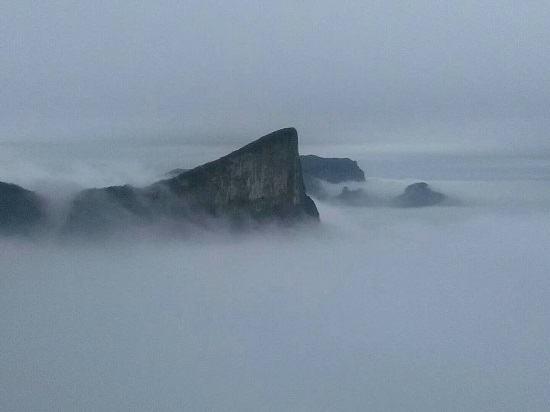 ☝ Tianmen Mountain in the sea of clouds

In winter, due to the low temperature, the roads usually freeze. For this reason, Tianmen Cave as well as the winding mountain road with 99 bends are shut down due to safety concern. It has less good travel experience and as a result, tourist number to Tianmen Mountain in winter is relatively small. However, every year during the Chinese New Year holiday, especially the first few days right after the Lunar New Year, there are overwhelming number of people coming here to pray for blessings. Sometimes, the number of visitors can even exceed the maximum carrying capacity of Tianmen Mountain which is 25,000 people per day. This can be an exceptional travel peak in winter even though it only lasts 3-5 days. 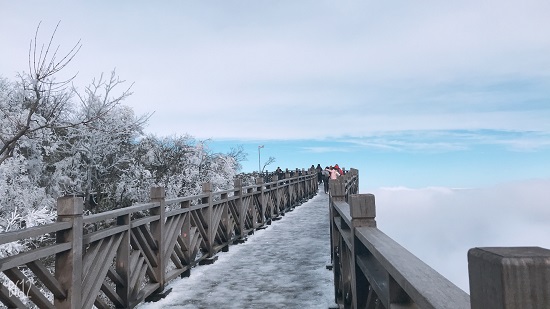 ☝ the romantic snow view of Zhangjiajie Tianmen Mountain in winter

In conclusion, Zhangjiajie Tianmen Mountain has spring and autumn as peak season, summer as shoulder season and winter as off-season.

During the Labor Day Holiday, which is in the beginning of May in springtime and the National Holiday, which is in the beginning of October in autumn, Tianmen Mountain Scenic Area is overcrowded, and it is even hard to get a ticket! Moreover, during the peak season, some hotels may double or triple their regular price to earn extra. The traffic congestion at this time also gets worse and the pressure of traffic may double increase. For those who would like to travel Tianmen Mountain during holidays, please book your hotels and tickets in advance to make sure the high season won't increase much the travel expense and degrade the overall travel experience.

The height of the highest point of Tianmen Mountain is more than 1,500 meters and there is a huge temperature difference between the mountain top and the ground. For people who would like to come here in spring and autumn, you are suggested to take some extra clothing items . As the weather on the mountain can changes quickly, it is better to take umbrellas or raincoats with you as well.

Parts of the roads on the mountain are slippery, children and the elderly are advised to pay attention to their own safety while walking.