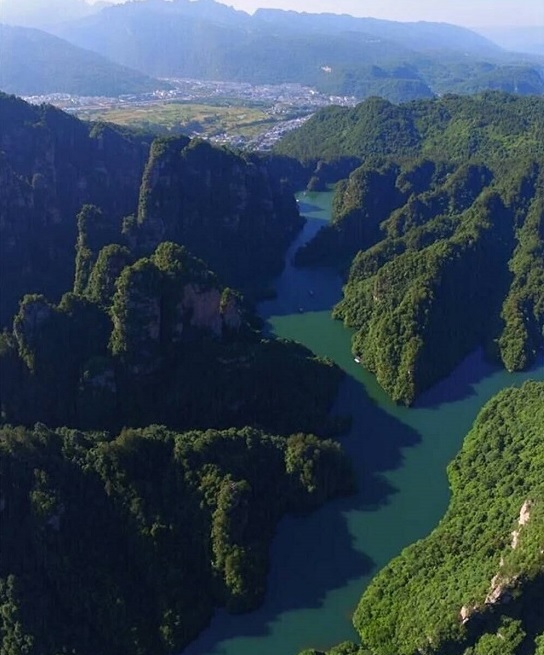 ... Zhangjiajie is famous for its marvelous mountains and valleys. However, as a niche attraction in Zhangjiajie, Baofeng Lake is known for water. Baofeng Lake and Village of Eagle Nest Yingwozhai are two main scenic areas there. ... There are 33 ethnic minority groups in Zhangjiajie. Among these groups, the Tujia ethnic minority has the most population, with a total number of 1.02 million. Zhangjiajie Tusi Imperial City is the best place to experience the daily life of the Tujia people and to get deep understanding of the Tujia historical culture and the characteristics of the Tujia people. ... If you go to Zhangjiajie, if you live in Wulingyuan, if you want to visit the night market, "Xibu Street" is a good choice. When in Zhangjiajie, there is a must see, which was nominated as an all- round champion among all other karst caves in China , calling the Yellow Dragon Cave.