Since it debuted in 2010, the show has become increasingly popular with audiences from home and abroad. In 2019, it received six hundred thousand audiences and performed maximum 8 times per day. The Show of Misty Rain in Zhangjiajie is now a regional exquisite program for cultural travel. 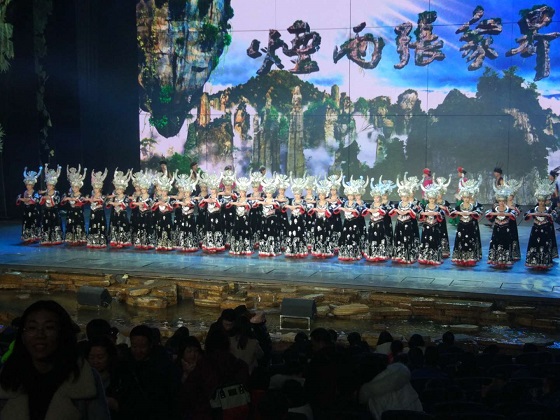 Venue and How to Get There

The venue of the Show is Huanglong Concert Hall located at the entrance of the Ecological Square of Yellow Dragon Cave Scenic Area in Wulingyuan District.

Huanglong Concert Hall is designed by Kongjian Yu, the founder and Dean of College of Architecture and Landscape Architecture of Peking University. The name of the concert hall is inscribed by the famous painting artist Yongyu Huang.

Group travelers can take the vehicle arranged by your travel agency to go to Huanglong Concert Hall and backpackers can either take city bus or taxi to go there. 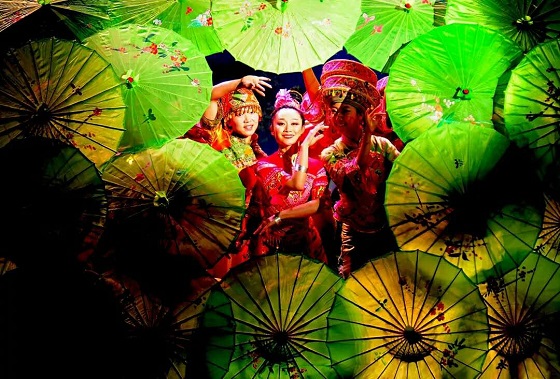 Without special reason, the show would be performed daily.

The show of Misty Rain in Zhangjiajie tells an exceedingly sentimental love story that happened between a handsome Tujia young man Luo Bachong and a beautiful Miao girl A Yiduo in ancient times in the deep of Wuling Mountains in the misty rain.

In conclusion, the Show of Misty Rain in Zhangjiajie well presents Zhangjiajie ethnic customs that are diverse and mysterious to worldwide travelers .