Zhangjiajie Scenic Area has the best ecological environment with steep mountains, lush trees, deep valleys, dense river network flowing with clean and fresh water. The unique geographical, topographic and climatic conditions make it a shelter for various types of natural plants. Plants in the top five largest families including Asteraceae, Orchidaceae, Leguminosae, Rosaceae, and Gramineae can all be found here. In terms of rare trees, it has dove trees and dawn redwoods which are listed in China national first-level protected trees and has bretschneidera sinensis, ginkgoes, emmenopterys as well as Liriodendron chinense, Fragrant-leaf Nanmu, Eucommia ulmoides, Salix, Decaisnea, Tapiscia sinensis, Chinese yew trees and so on listed in the national second-level or third level protected trees. Zhangjiajie Scenic Area is a true storehouse of forest. 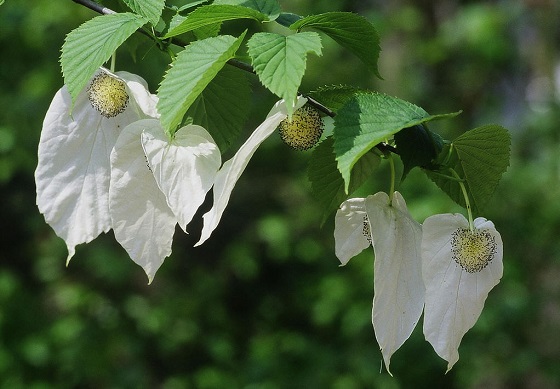 ☝ Davidia involucrata, or the dove tree

In the downtown of Zhangjiajie, garden plants and flowers such as the white magnolia, the red magnolia, Cerasus dielsiana, rhododendrons and the dove trees can be found everywhere. When it comes to the blooming season, flowers of white and red dot the parks, the roads and even the city corners . The fragrance of these flowers make the cities so pleasing to both the eyes and noises of the visitors.

Some rare plants in Zhangjiajie are regarded as China national treasures at the same time. They have wide usage and great value. Here are some examples:

❶ The dove tree: it is known as a living fossil tree. People can roughly estimate the approximate geological age of Zhangjiajie whenever you see the dove trees. The fact is, except for a very few places in China that have these rare trees, species of dove tree have been frozen to death in any other part of the world during the Quaternary glacial cycles.

❷ Fragrant fruit tree: its trunk can be used as the best wood materials, what's more, the tree can also emit some kind of special fragrance. Once it is cut down, people will be able to smell the fragrance spreading from leaves and branches of the tree.

❸ Ginkgo tree: it is another tree that is well known as the "living fossil". The Ginkgo tree is a high quality of wood material with incredible texture, Its edible fruits is also used in Chinese medicine. 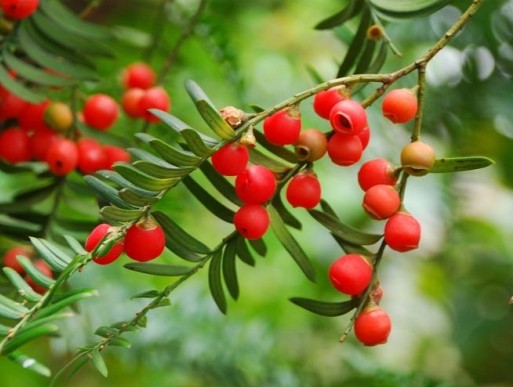 ☝ Taxus chinensis, or the Chinese Yew

❹ Dafang chestnut tree (also known as "Monkey Likes"): Besides providing good wood material, it is also an oil plant with high economic value. For every 50 kg of its seeds, It can produce 29 kg of oil, surpassing rapeseeds and camellia seeds in oil yield. Its oil has good quality and white color which is quite similar to the pig oil. Its yummy nuts are also liked by monkeys which wins it another name as Monkey Likes.

❻ The giant redbud: also known as Cercis gigantean, the giant redbud has red flowers densely clustered on the branches. It is another very beautiful plant for ornamental purpose.

❼ Torreya grandis or Chinese nutmeg tree: it provides reddish color wood with characters of corrosion resistance and spoilage prevention. Cooked rice in the steamer made by the torreya grandis wood can be kept for several days without getting spoiled even in hot summer. It is a weird but valuable plant rooted in Wuling mountainous area.

❽ Catalpa bungei: its wood is highly resistant to corrosion. Coffins made by such wood won't get rotten even after long-term burial in the earth. Why didn't the woman corpse excavated from one of Changsha Mawangdui Han Tombs get decomposed even after more than two thousand years? An important reason is that she was put into a coffin made of wood from Catalpa bungei tree. 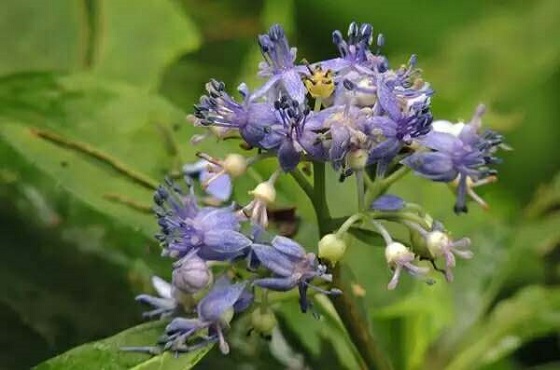 ☝ An Uknown Plant Found near the Golden Whip Brook

❾The Yew Tree: its wood is as hard as iron. After the trunk of the yew tree gets dry, it will be very difficult to knock even a steel nail into it.

❿ Fragrant Betula insignis: its wood not only has beautiful texture, but also light and soft. The wood is not easy to break due to its high toughness, and it is a superb material in aviation field.

🌴 Wuling pine: It's an endemic tree specie. Even though it's not tall, Wuling pine has extremely strong vitality. It can grow on the hillside and in stone cracks of the mountains. Visitors can see such pine trees very often in various locations in Zhangjiajie.

🌴 The Badong Hibiscus mutabilis is an evergreen plant for all seasons and the wintersweet on the mountain blossoms through strong and cold wind. It is endless to count Zhangjiajie's plant species.

The diversity of plants helps to build the ecosystem and the great ecological environment is making Zhangjiajie a popular destination for worldwide tourists.