Only delicious food can not be missed during the journey! Visitors who have been to Zhangjiajie know that Zhangjiajie has not only breathtaking scenery, but also delicious food. Below are some most well known food that we would like to recommend to you.

Three in One Pot (Sanxiaguo)

Three in One Pot is Tujia specialty. According to a Chinese legend, during the Jiajing period of the Ming Dynasty, fierce pirates from Japan ran rampant along the southeastern coast of China, and the officers and soldiers were relatively weak in power when compared to the enemy. As time passed by, it caused great threats to the life and safety of local people. The imperial court at that time had to find brave and warlike Tujia soldiers in western Hunan to fight against the pirates. As it was during the end of a year when people usually stayed home to celebrate the coming new year festival, the Tujia soldiers were reluctant to leave home. In order not to delay the military actions, the king of Tujia announced the Chinese New Year should be celebrated three days in advance. As time for preparing the food was much shortened, people decided to cook the New Year 's food ingredients such as bacon, tofu, radish, etc. all together in one pot, and the food prepared in a hurry turned out to be delicious. This dish gradually evolved and became today 's "Three in one Pot ".

☝ Three in One Port (Dry Port) or "三下锅" in Chinese

Compared with the dishes prepared in a hurry during the ancient times, today's version of Three in One Pot has more well selected ingredients and requires better cooking skills. Generally, two, three or a variety of ingredients are selected from lamb's belly, beef belly, pork belly, fat sausage, pig's trotters, and meat of pig's head. They are then processed by a local experienced chef under some special processing. Since several ingredients are mixed together, the taste of the Three in One Pot is extremely special and yummy. To be more specific, there are two options for Three in One Pot: dry pot and wet pot. For dry pot, there is no soup in the pot, and the spicy taste is relatively heavy. If you cannot eat spicy food, please inform the chef in advance not to make it too spicy. Since Three in One Pot is spicy, it is best to eat with rice. Three in One Port came from the bottom of the Chinese society. Even though it is one of the most distinctive cuisines, luxury hotels in Zhangjiajie wouldn't like to provide it, and you will have to go to some small restaurants to taste it. Recommended restaurant: Chef Hu's Three Pot 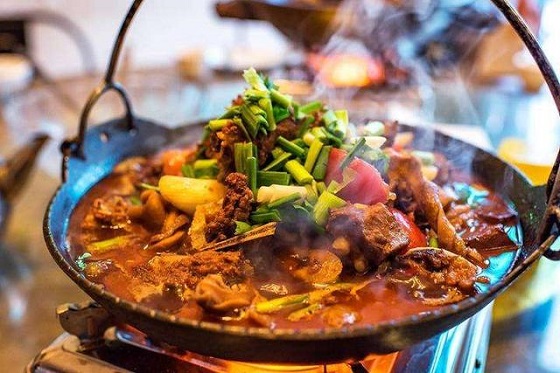 ☝ Three in One Port (Wet Port) or "三下锅" in Chinese

The wild Chinese giant salamander, also known as baby crying fish or infant crying fish is one of the protected animals in China, don't try to eat it as it is illegal. However, the baby crying fish we are talking about here is actually artificially reared. For many foreign tourists, they have few chances to eat baby fish until they come to Zhangjiajie. Here you can find many restaurants small and large offering baby fish cuisines. Unlike its name, baby fish is actually an unique amphibious animal in China with horrible look. It has four small claws, and the body mixed with spots and stripes in different patterns. Lots of timid visitor are not even brave enough to look at it, there is no need to mention of eating it. In fact, baby fish is rich in nutrition. It is a precious healthy food material, also known as the "living ginseng" in water. It is very difficult to breed baby fish, so the price of baby fish cuisine is very expensive. Visitors who want to choose this cuisine must be aware of this in advance. 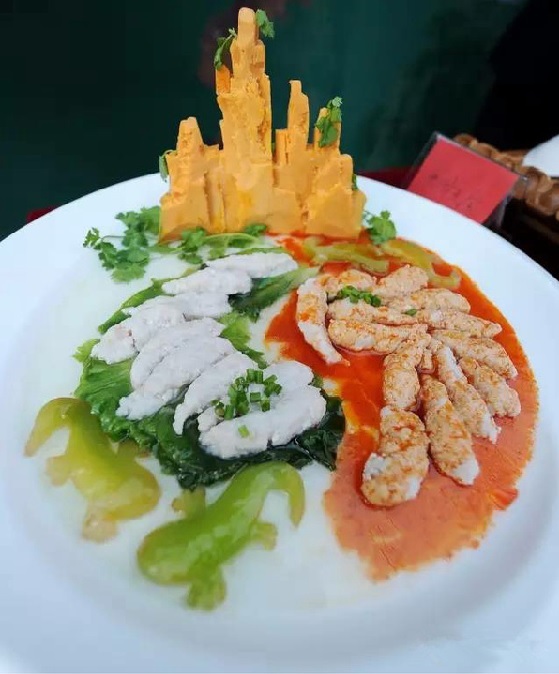 Shi'er, also known as the ear of rock, grows on the sandstone cliff in Wuling mountainous region. It looks like fungus, wood ear or tree ear. Shi'er is extremely precious because it is difficult for locals to find and pick it and thus it is well known as one of the three treasures of Zhangjiajie. According to the Yongding County Chronicle: "The ears of rock are folk treasures and best food materials. They have the function of removing internal heat and clearing fire element in human body. They go well with chicken no matter it is soup or stew, and the taste is really delicious." The Shi'er chicken stew or Shier duck stew is pale yellow in color, and the smell of it is elegant but irresistible. The tastes are really good. it can boost immune system and enhance your beauty naturally. The Shi'er chicken stew or Shier duck stew is said to have more nutrition than the ginseng. It has been served as a tribute to the emperor since the Ming and Qing dynasties, and it is said that the emperor also liked to have this dish when having the feast at the Palace. 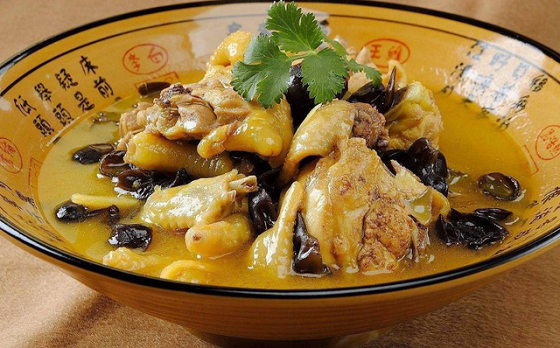 Tujia Steamed Pork is a main dish that it is only served when the Tujia family holds a banquet to entertain guests. The ingredients are pork belly, and it is made through multiple strict procedures such as boiling, frying, and steaming. When it comes to serving, the bottom of the meat is usually laid with preserved vegetables. The taste of Tujia Steamed Pork is fresh and tender, fat but not greasy. Even today the standard of living has been greatly improved, whenever locals in Zhangjiajie see a bowl of authentic Tujia Steamed Pork on the table, they will eat it up instantly. Some people even can't help to lick leftovers as it is so yummy. There are also people using chopsticks to pick the remainings up to the mouth and taste them slowly, bit by bit. Most restaurants now offer this dish.

The vingared fish is another cuisine in Zhangjiajie that is popular among the Tujia, Miao and other ethnic groups. It is a delicious food with unique local characteristics. It uses little live fishes as ingredients. The food is made in following procedures. Firstly, gut and clean the fishes. Secondly, wrap these processed fishes with rice noodles and marinate them in the jar. Thirdly, wait 3-5 days until it turns sour and take out the fishes with wrapped rice noodles. Lastly, fry them with vegetable oil. The finished vingared fish has golden looks with delicious taste. The vingared fish is a famous dish for the ethnic groups to feed and impress guests. They are so precious that the owner is reluctant to eat it on his/her own. The unique natural resources and profound ethnic heritage have given people in Zhangjiajie a variety of yummy foods. Due to limited word count, we can't introduce them here one by one. When you are traveling to Zhangjiajie, please don't forget to taste these local specialties mentioned. They will for sure give you more aftertaste enjoyments other than the natural beauties!